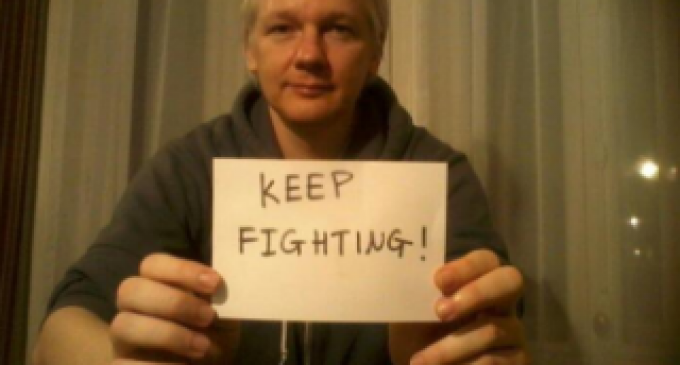 One major source of controversy and intrigue during this presidential election as been the release of emails and other documents that were never supposed to see the light of day.  Most recently, we've been treated to an insider's view of the machinations that have been going on within the Clinton campaign.  We've had a rare glimpse into the issues and plans that have been discussed by Hillary's campaign manager, John Podesta,  Democrat Party operatives, and the candidate herself.  Many of these have been incriminating and only add to Mrs. Clinton's well-documented private email server woes.

Central to the release of these documents has been the organization WikiLeaks and its founder, Julian Assange.  Holed up in the Ecuadorian embassy in London for four years to avoid possible arrest and prosecution on a number of charges, Mr. Assange has nonetheless proven a potent source of controversy as his WikiLeaks organization continues to dump on the internet embarrassing and incriminating documents, probably hacked from servers, and most of which are damaging to Hillary Clinton.

Now the controversy just got cranked up several levels as rumors fly that Mr. Assange is dead.  When you play in the league he does, and when you attack the powerful interests he has, concerns over his safety and the possibility that he might meet an untimely end are not far-fetched.

Let's take a look at what's going on with Mr. Assange on page two.