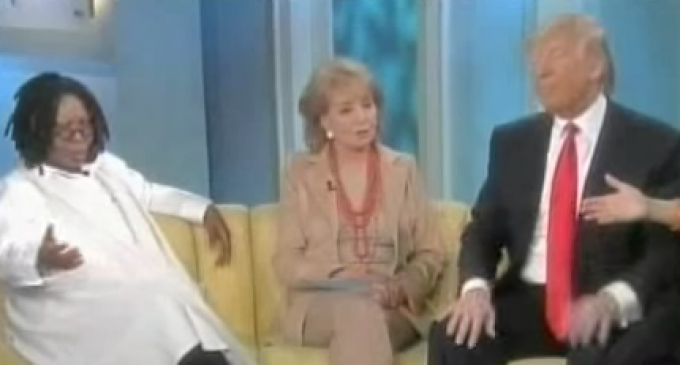 Why doesn't Obama show his birth certificate, Trump asks the woman on the View.  Of course they went crazy…

Whoopi said, “Donald I love you, but that is the biggest pile of dog mess I've heard in ages!  It isn't cuz he's black is it?  I think every white president has to be shown the birth certificate to become the President of the United States of America, you know he's American.  I think that's bs.”

Donald Trump has claimed that after he had offered Obama $5 million to show his birth certificate, he upped the offering to $50 million, to be dispensed to charities of Obama’s choosing .

Whoopi throws her authentic race card at Trump, accusing him of racism for wanting to see proof of birth.

Watch the fiery exchange on the following page.