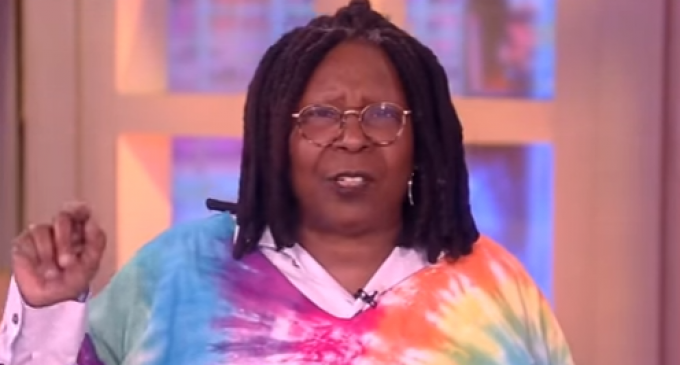 Leave it to the hosts of The View to mouth off about that which they know nothing about.

Given the show's abominably-liberal bias, there was little doubt that the panel would take advantage of the horrific massacre in Orlando to spout the half-baked anti-gun platitudes like they always do when such a tragedy occurs. One particular comment from Whoopi Goldberg, however, stood out due to it's mind-boggling wrongness.

Now, Goldberg is known and honored for being a lot of things, but an expert on gun policy and constitutional law is not one of them. Yet, this hasn't stopped the left-wing comedian from chastising gun owners for not surrendering to her fellow gun grabbers. Irritated by Americans continued dismissal of her demands for gun control, Goldberg angrily declared that the Second Amendment doesn't mean people can buy “hundreds of guns.” She was very adamant about this point, but not so much about explaining what led her to conclude this and why others should too.

Watch Goldberg's anti-gun tirade on the next page: