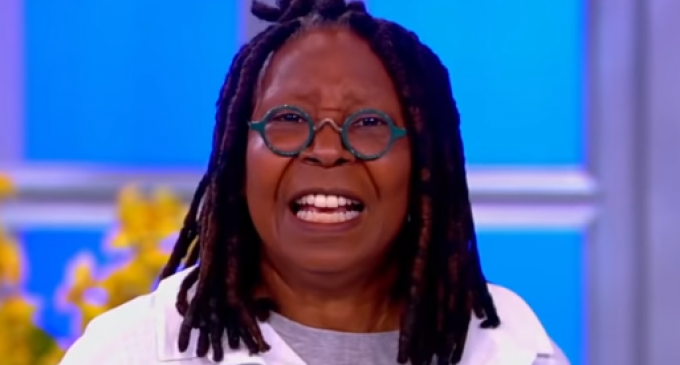 “The View” co-host Whoopi Goldberg accused the Attorney General William Barr of lying for President Donald Trump and went so far as to say she felt like “there's a coup happening.”

“What Mueller is saying to Barr in this letter — and again I encourage everyone to read it — he’s saying the four-page summary that you put out does not capture what our investigation found,” asked co-host Sunny Hostin.

She added, “In a sense, he’s saying you are misleading the public.”

“I think it’s interesting that we are now —so the idea that when someone says did you know? And you say uh-uh. That now is not a lie?” asked Whoopi Goldberg

Co-host Joy Behar interjected, “It is a lie.”

“You knew and you didn’t say you knew. If my mother — I did that to my mother she would kick my behind, okay, because it’s a lie. When they ask you you’re supposed to tell. You can’t—you know, listen, you may not like how the conversation goes but you have to answer the questions. This is not a game. This is not a TV show, man. This is our lives. This is America. You’ve got to answer these questions so we can figure out whether this guy does need to be the president again. We need to know. And if we can’t trust you all to tell us then I sort of feel like they’re —there’s a coup happening,” Goldberg said.

Turn the page for full video.