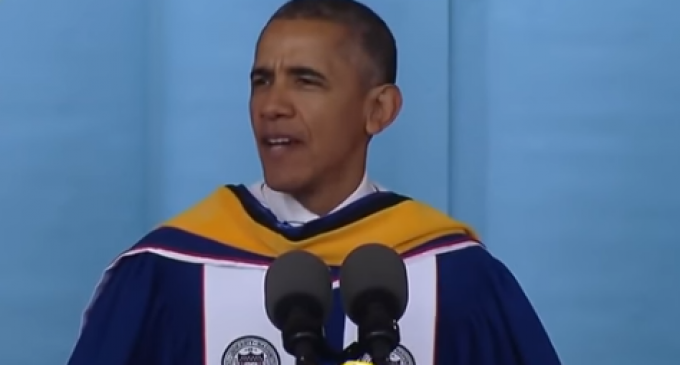 Before his election in 2007, Barack Obama was considered by many — even Republicans — as a president who could help mend racial tensions across the United States. Eight years later, you'd be hard pressed to find anyone who thinks he succeeded in his goals. Even Democrats agree, race relations have gotten worse, not better.

The last several years saw an eruption of race riots that had been unheard of for decades. Most of these riots were spearheaded by Black activists groups who sought to vilify Whites as a privileged, racist race that was responsible for any and all of the African-American community's problems.

Among the country's left, the movements were largely successful. “White privilege” became a liberal phenomenon, and “whiteness” became a dirty word across the country's college campuses.

Never one to acknowledge a double standard, Barack Obama is now ignoring the fact that non-minorities are asked to apologize for their “whiteness,” while encouraging African Americans to celebrate their “blackness.”