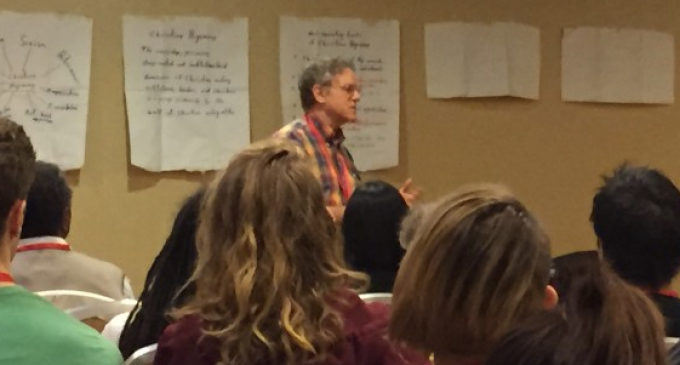 Everything bad in the world is because of Christianity,  according to Paul Kivel, a lecturer at the 2016 White Privilege Conference, in Philadelphia.  He made the preposterous statement that every dysfunction found in society, from sexism to racism, a weak economy and global warming is all because of what he labels as “Christian hegemony”.

Kivel's book and website define Christian hegemony as “a system of domination is complex, shifting, and operates through the agency of individuals, families, church communities, denominations, parachurch organizations, civil institutions, and through decisions made by members of the ruling class and power elite.”

Kivel ignores the truth found throughout history that women, slaves, children, and gladiators were consistently viewed as property and without value in most cultures.  However,  Jesus changed the message in first century Rome, putting into place the idea that equality and human rights are from God and come by virtue of being made in the image of God.   Without this “evil” biblical principle, Kivel seems to believe that society would be better.

Read more is Kivels ludicrous propaganda that he spewed at the White Privilege Conference on the next page.