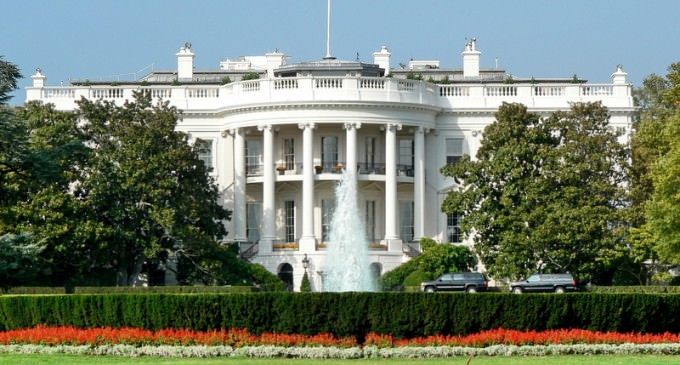 The White House is removing a federal regulation that subjects Office of Administration, which is in charge of archiving emails, to the Freedom of Information Act, claiming that court rulings find its office is not subject to the transparency law.

This comes on the heels of Hillary Clinton’s scandal where she stored years of state emails on her private server.

The exemption of the Office of Administration from the FOIA is listed in the Federal Register as a final rule, meaning that there will be no opportunity for public comment.

The timing of this removal brought some questions to the transparency advocates because it was on National Freedom of Information Day and during the debate over the preservation of Obama administration records. And it’s Sunshine Week, a week where news organization and watchdog groups bring issues of government transparency to the forefront.

Anne Weismann of the liberal Citizens for Responsibility and Ethics in Washington said:

“The irony of this being Sunshine Week is not lost on me.”

For 30 years, the Office of Administration has responded to FOIA requests. Until the Obama administration, groups on the left and right used the records to shed light on how the White House works.

“This is an office that operated under the FOIA for 30 years, and when it became politically inconvenient, they decided they weren’t subject to the Freedom of Information Act any more.” Tom Fitton from Judicial said.

CREW sued over e-mails that were deleted by the White House.

A federal appeals court in Washington ruled that the Office of Administration was not subject to the FOIA in 2009.

The appeals court ruled the White House would be required to archive the e-mails and not release them to the FOIA. Now the White House e-mails must be released under the Presidential Records Act, that will be five years after the end of the administration.

The White House didn’t say why it waited almost six years to acknowledge the court ruling of regulations.

Brandi Hoffine, a White House spokeswoman says that the administration remains committed to work towards unprecedented openness in government. She stated:

“Over the past six years, federal agencies have gone to great efforts to make government more transparent and more accessible than ever, including by making information available to the public via our Open Government initiative and improving the FOIA process.”

Rick Blum, coordinator of the Sunshine in Government initiative for the Reporters Committee for Freedom of the Press was not happy with ruling. He says the bigger issue is the that the Office of Administration is responsible for record-keeping. With the Clinton e-mail controversy, there should be more scrutiny of the record-keeping practices he thought.

“I think what we’ve all learned in the last few weeks is the person who creates a record–whether it’s running a program or writing an e-mail–is the one who gets to decide whether it’s an official record,” Blum said. “And there ought to be another set of eyes on that. That’s the essential problem.”