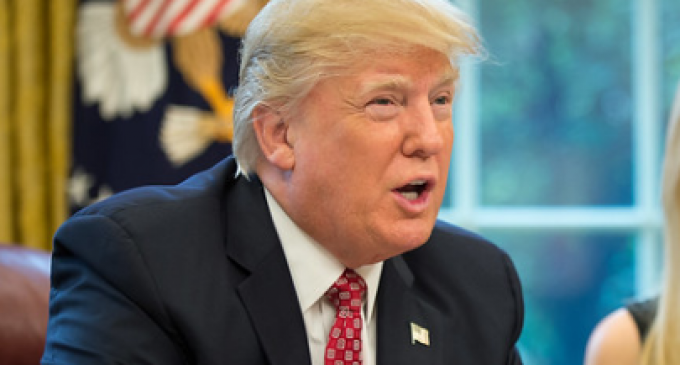 Ted Cruz, who announced last week that Donald Trump had “broken the Democrats,” wasn’t joking. Not only has Trump broken the Democrats, but he’s apparently broken every satellite entity directly and indirectly associated with the DNC, including (but certainly not limited to) the Fake News Media, Hollywood and the Establishmentariat.

When the New York Times has to delete a pre-retractable story about a halted investigation into a dead headline from a year ago, you know it’s gotten bad for the Democrats!

This week, in its search for relevance, the Fake News rumor mill has launched Whistlegate and it appears that the DNC is ready, willing and able to provide the necessary and proper level of outrage that perfectly demonstrates just the right amount of compassion that the Democrat Party has for the American people. They hate Trump so much…all for OUR sakes! Isn’t that special?

Turn to the following page to find out more about Whistlegate and how the Left in this country are going to great lengths to line up all the major Fake News networks, Hollywood vessels, and vapid, empty members of the Establishmentariat in a faux-frenzy to take on the evil Oval Office Orange Ogre!