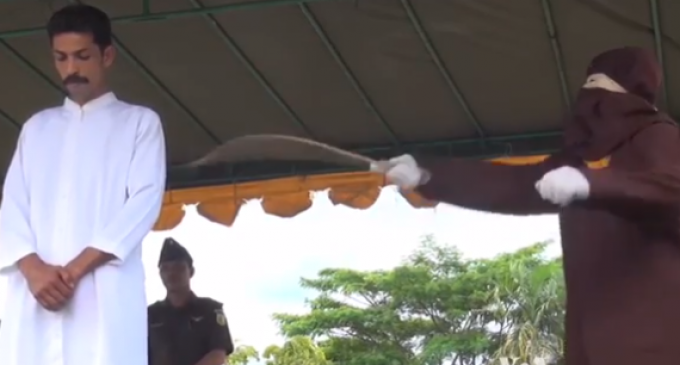 Sharia law is incompatible with the freedoms found in America under the United States Constitution.  The West must wake up before it is too late, as more and more Sharia militant Muslims enter our country, they will press their religious ideology on those who are not compliant.

Indonesia has a ninety percent Muslim population and therefore most of the men and women live within the bounds of their religion.  Recently, however, Sharia has become more strictly enforced and stories of caning are becoming more prominent.

Dating is illegal under Sharia law.  Unmarried couples are not allowed “to get too close due to the ‘khalwat' offence – and punishment is by public caning.”

On the island of Sumatra, three young couples are brutally whipped in public for “dating”, spending time together prior to being married.