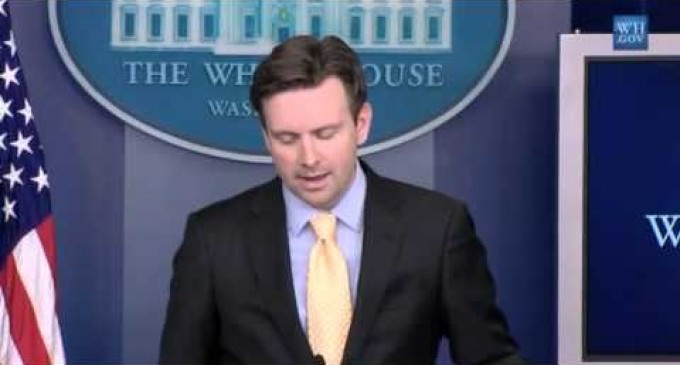 Watch below as White House press secretary Josh Earnest struggles to produce an answer to a very serious question. It was a simple yes or no question: “Is the President saying, as he seems to be implying here, that the threat of climate change is greater than the threat of terrorism?”

Either this administration wants Americans to believe its climate change agenda is a greater threat than terrorism or it does not!