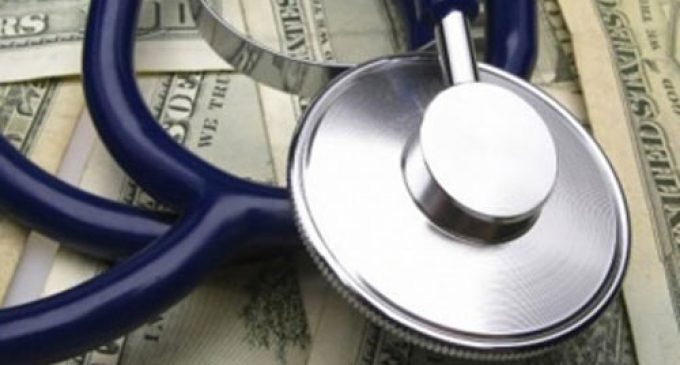 President Barack Obama took time Tuesday to assure Americans the government did not “make a hard sell” for Obamacare. It is hard to guess what level of spending your tax money would qualify as a hard sell! His administration spent nearly $700 million to promote the law with its ‘soft sell'. Nevertheless, Obama stated “We didn’t have billions of dollars of commercials like some critics did.”

However, last July the Associated Press reported that Obamacare’s marketing campaign would cost

Taxpayer funding went to all 50 states in efforts to encourage people to enroll, including nearly $28 million for the Washington Health Benefit Exchange, for television, radio, print, and social media ads.

Oregon received $10 million to push the law, which it used to create advertisements that did not even mention the word “insurance.”

The Portland advertising agency North, Inc., produced psychedelic cartoons for Cover Oregon that were described by Sen. Tom Coburn’s (R., Okla.)Wastebook as “what appears to be Gumby riding on the Beatles’ yellow submarine.”

Another ad, “Live Long in Oregon,” featured a woman singing a hippie folk song on a guitar, with lyrics such as “long live the Oregon spirit.”

“Whatever it takes to get them there, so whether it’s, y’know, a woman strumming a guitar, or whether it’s a rap, hopefully that message is there,” saidCover Oregon Chief Operating Officer Triz de la Rosa.

The Department of Health and Human Services (HHS) and the White House also had staffers actively promoting the law, using everything from “doge” memes to cat GIFs to encourage sign ups. The administration gave the Baltimore Ravens $130,000 to sell Obamacare.

Obama himself appeared on Zach Galifianakis’ show “Between Two Ferns” to pitch the health care law.

Obamacare got help from nonprofit organizations, where alcohol was used to sell insurance in Colorado. The so-called “Brosurance” campaign, depicted keg stands to try to encourage young people to sign up. Enroll America, also a nonprofit, made a rapping pug video to promote the law.

Illinois recently paid the online satirical site the Onion up to $300,000 for online banner ads. One ad linking to the Cover Illinois website read: “Man without health insurance forced to sell action figures to pay for medical bills. Don’t sell your action figures.”

The funding was on top of the $33.3 million Illinois spent on marketing the law, despite signing up just 13 percent of the state’s uninsured.

Much of the funding went to the Jayne Agency, a Chicago-based advertising firm that helped market the law, whose slogan is “Creative that rocks. Not costly politics.”