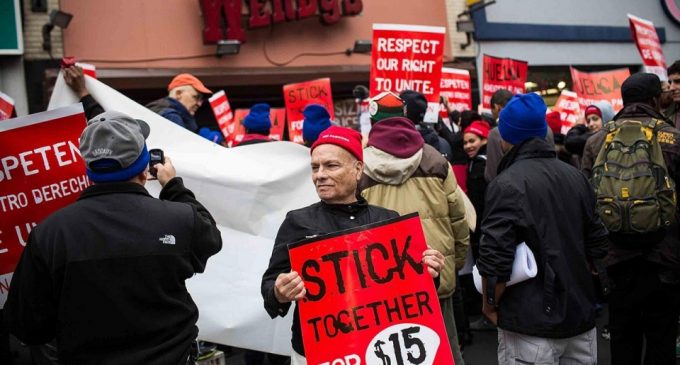 One of the laws of economics that liberals are forced to deny to push their agenda is that it is impossible to legislate the value of someone's work. That can only be done by the market as it compares the value of all work and assigns values based on how those people making up that market chose to spend their money.

The government can certainly pass laws stating the minimum rates that a worker can be paid for performing specific jobs, but all that means is that if someone's work is not deemed by the market to be worth that wage, workers will not be employed to do those jobs. In some cases, technology that was previously too expensive will now become economical and will be used to replace human workers.

An example of this is provided on page two.