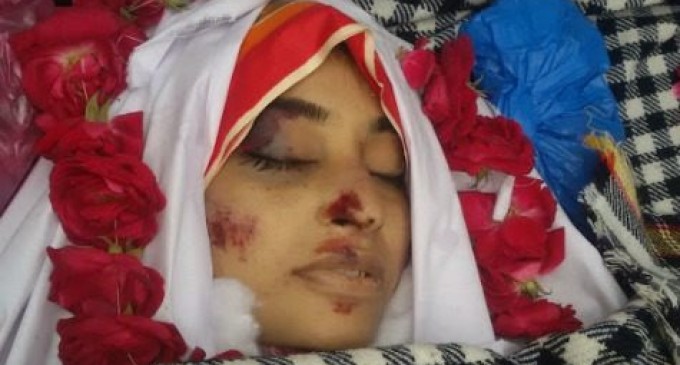 After ignoring their sexual advances a young Christian girl in Pakistan was allegedly run down by four rich Muslim men. The British Pakistani Association (BPCA) reported that three Christian girls Kiran 17, Shamroza 18, and Sumble 20, were walking home when four men approached them in a maroon car.

They were supposedly yelling “lewd comments” attached to sexual advances and pressuring the ladies to get into the car. The young girls told them they don't believe in sex before marriage, which upset their pursuers, especially when the girls walked away. What the four men did next is evil beyond words.

After being rejected by the young girls, the four men in the car ran into them. Both Shamroza and Sumble were thrown to the sides of the car, causing one girl to break several ribs and the other her hip. Kiran was the unfortunate one.

Read what these Muslim men had to say on the next page.