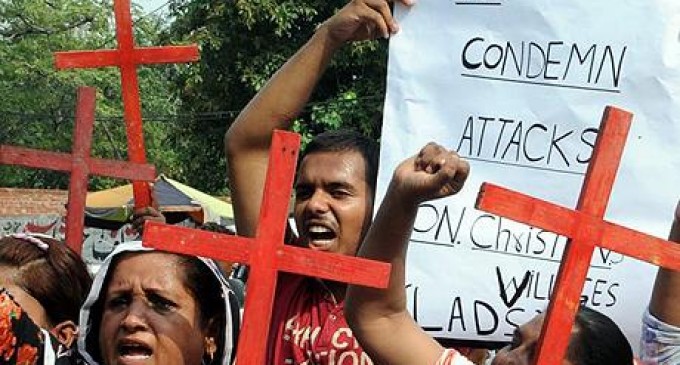 While the United States has two political parties trying to one-up each other on waving hordes of immigrants and refugees in the U.S., the Middle East continues business as usual and persecutes Christians, sometimes with rape as their weapon of choice.

In Pakistan a group of wealthy men kidnapped a seven year old boy and sexually brutalized him before killing him. He was found near the Christian district.

Pakistani Christians have seen this before as with the case of Asia Bibi, a Christian mother. She was falsely accused of blasphemy.

Last December, a teenage girl was raped in Lahore and six people were arrested.

Just like the savage predators in Cologne Germany on New Years, the story of roaming groups of men from Islamic cultures are too frequent to be dismissed as an anomaly. This is a cultural act and one that the western world is keen to deny.

The seven year-old boy who was ravaged to death had little chance against determined predators.