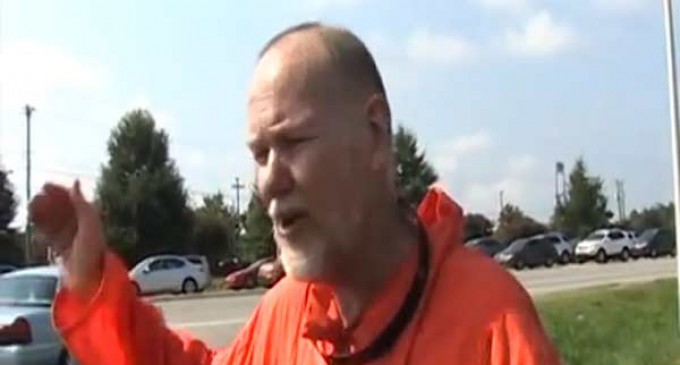 It is a troubling sign for liberty when police attempt to break up a peaceful demonstration in a public place because it might be bothersome and the activists don't have a permit.

On Saturday a group of activists assembled at the busiest intersection in Spartanburg, S.C. to wave signs and bring awareness to the ongoing push to strike Syria by the Obama A local police officer told them that if someone complained they would have to leave because they did not have a city permit. He also said that activists who continue to protest on the crosswalk would go to jail.

Evan Mulch, the one who organized the protest told the officer, “what you are conditioning us to do is to ask you for approval to be in a public place – we don’t need your approval.”

Video below shows the police officer's attempt to break up the demonstration.

Let us know your thoughts in the comments below.