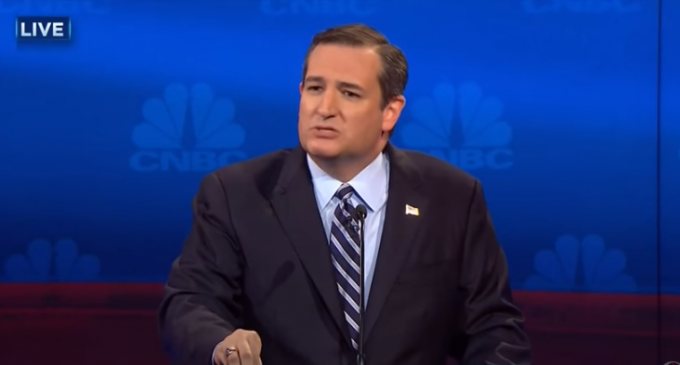 CNBC debate moderators have a big red hand print still glowing on their pretentious faces, as Ted Cruz shut down their arrogance and gained major kudos all over social media last night.

There was a victory chant that could be heard after the Cruz smack down, while a funeral dirge was playing for CNBC.  Check out “mic drop” moment on page two.