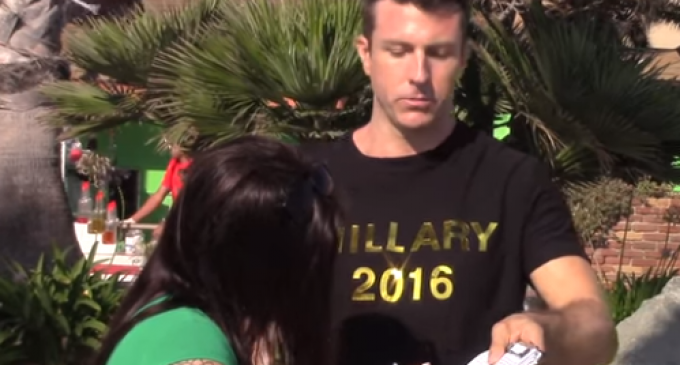 Mark Dice has done it again. In his latest mock petition, he took to the streets of San Diego to ask for signatures endorsing Karl Marx as Hillary Clinton's choice for vice president, the infamous communist that lived in the 19th century. He's most famous for trying to abolish capitalism and writing The Communist Manifesto. His theories on government are known today as Marxism.

Despite the fact that he's no longer alive, the citizens of San Diego were more than eager to put their names on the petition, and in doing so, proved exactly how oblivious they are to American politics or just about anything else happening outside of their bubble. Only one man refused to sign it, and that's not because Marx is dead, but because he had to think about it.