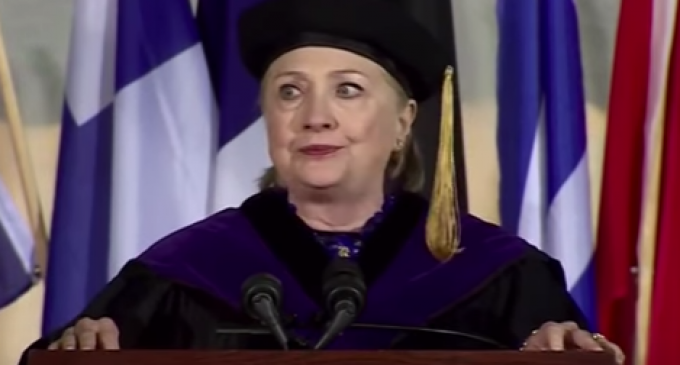 The Donald managed to do what Bill, Huma, and countless other women have all failed to accomplish. Reduce the relevance of Hillary Clinton’s mouth to coverage of her choking.

The twice-failed presidential candidate didn’t appear to be in good health as she stepped on stage at Wellesley College to deliver a commencement speech. Much like on the campaign trail, Hillary Clinton spent most of her time on stage coughing till red in the face and eyes. However, unlike, on the camping trail, she gave viewers some stunning insights into domestic Killary.

All those rumors were right. Just like her momma told her back in the day as a student at Wellesley College, “You just gotta stick it out. That’s what happened to me.” And Hillary has certainly been sticking it out for the world to view. This news comes straight from the proverbial horse's mouth. Those who have rightly speculated that this sputtering conniving she-witch in ill-fitting trousers was a soulless psychopath now have even more proof.

In a span of 3 minutes Hillary gives 3 different explanations for why she’s taken to pulling a Bill in public.