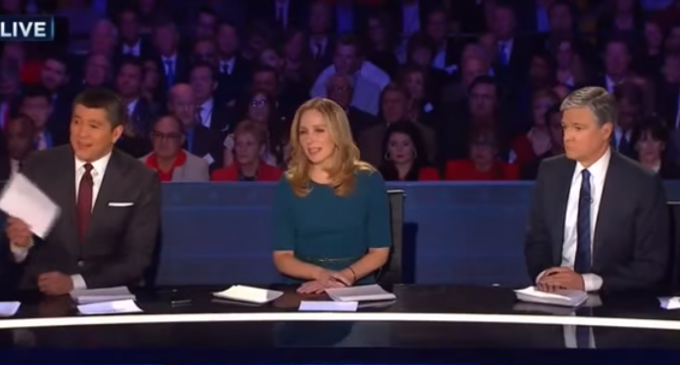 The GOP Debate in Boulder, Colorado shocked Americans.  The evidence of the main stream media's bias was on overdrive, with moderators taking their talking points straight from Media Matters, a propaganda news outlet for the left.  This is not an exaggeration.

Before the halfway point of the two hour debate, the tides turned when the questions were so absurd,  the panel of candidates banded together and blasted back with criticisms of the moderators.  Marco Rubio, Chris Christie and Ted Cruz led the charge, with Mike Huckabee turning the tables as the moderators baited him to give a moral judgement on Donald Trump.

Huckabee hurled back with a soliloquy, ending with “I'm wearing a Donald Trump tie, so take that”.  Never have the American electorate had to endure such an unprofessional display of total bias, agenda driven debate coming from the moderators.