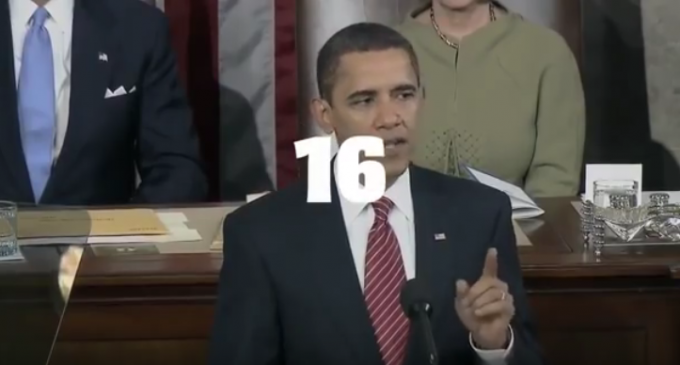 Obama telling lies isn't much of a revelation to anyone with half a brain. But some enterprising person with enough time on their hands to comb through every State of the Union address given by Barack Obama has taken the time to point out 140 of Obama's lies in an expository YouTube video.

Obama has been able to get away with these lies because the Leftist mainstream media hasn't provided the journalistic oversight or integrity demanded of journalism. This video, however, does what the mainstream media has failed to do for almost eight years now. Thankfully there's onyl one more year of this dog-and-pony show left before Obama moves on to different political pastures (and irrelevance, thankfully).

The video is no-holds-barred and takes the time to really hammer the truth out of every single twisting of words Obama has engaged in during his states of the Union.

Check out the video on page 2.