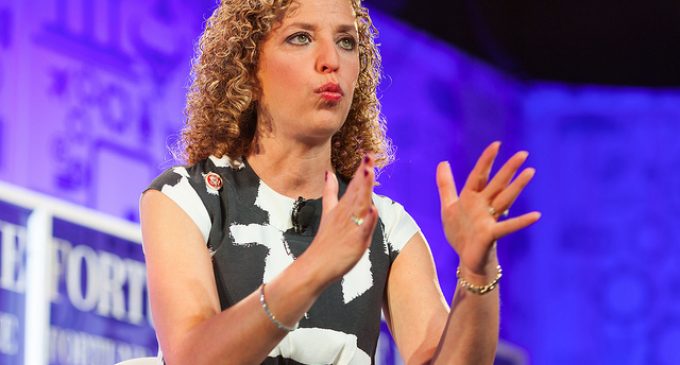 An odd turn of events unfolded Thursday when a court filing with the court in reference to the DNC lawsuit and Debbie Wasserman Schultz.

Wasserman Schultz is one of the defendants in this lawsuit. She allegedly called the attorneys and used a voice changer to try and get some for information.

Most likely recall how liberal media tore President Trump a part for making a call back in the 90s as “John Miller.” By their logic, Wasserman Schultz will no longer be a credible witness, “crazier than you think” and reveals “a matter of character” or lack thereof.

Except Trump just allegedly called a radio show as a private businessman as a prank to generate some laughs. Wasserman Schultz is reportedly caught with her hand in the cookie jar trying to illegally get info on the lawsuit.

But, how did she get caught?

More information on the next page on how Wasserman Schultz accidentally gave away her identify.