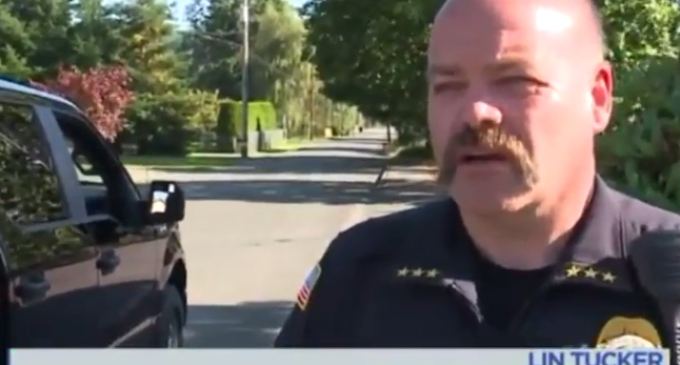 It's becoming increasingly clear that no event is tragic enough to get some on the left to rally behind our nation's police. Despite the fact that last week's Black Lives Matter rally in Dallas provided the most deadly day for law enforcement since September 11th, many police are finding that they're still not being embraced by liberals across the country.

In fact, the situation seems to be getting worse. It's as if the murder of five police officers has emboldened the left's assault on police — like they've won their first battle of many.

The most apparent sign of this is the growing number of liberal establishments that will not allow local police forces on their premises. One local shop in Washington state  — which had served cops prior to the attack — has made this stance official.

See what they told one cop who tried to dine on their establishment on the next page: