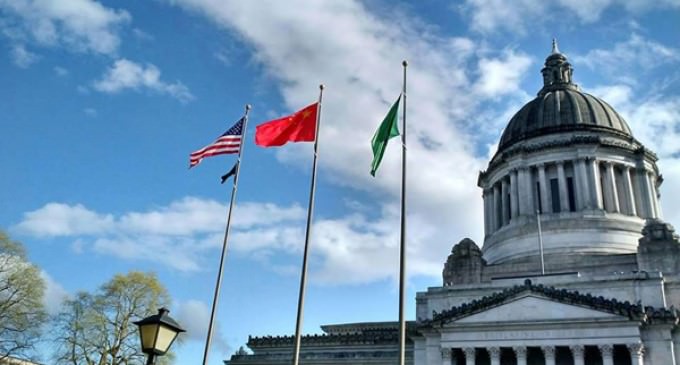 A state trooper assisted local patriots in taking the flag down, which was flying alongside the American and Washington State flags.