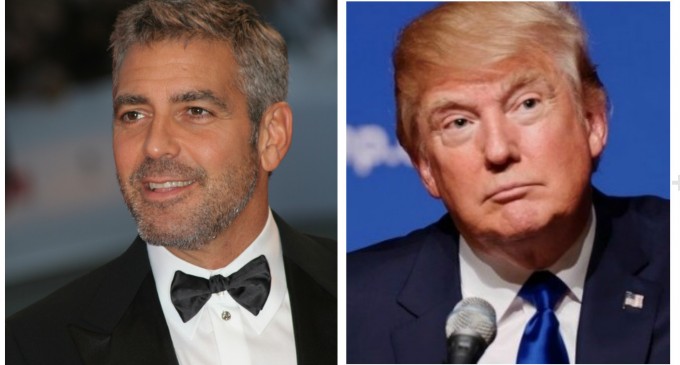 Following the absolute tanking of George Clooney's most recent movie, Hail Caesar! at the box office, Clooney is once again foraying into the world of far-left political attacks.  His latest target?  Billionaire businessman and GOP frontrunner, Donald Trump.

Clooney has followed the liberal Hollywood playbook quite predictably.  Smear anybody with conservative values as racist, Islamophobic, xenophobic, homophobic — you get the idea.  If you don't subscribe to the left-wing agenda you are clearly a Nazi!

Clooney and his wife are set to host an April fundraiser for — you guessed it — Hillary Clinton.  In a letter sent out to the embattled candidate's supporters Clooney attempts to put a positive spin on the former Secretary of State's dismal record.

To find out why the washed up actor compares Donald Trump to a war criminal, and see how he endorses an actual criminal, continue on the next page: