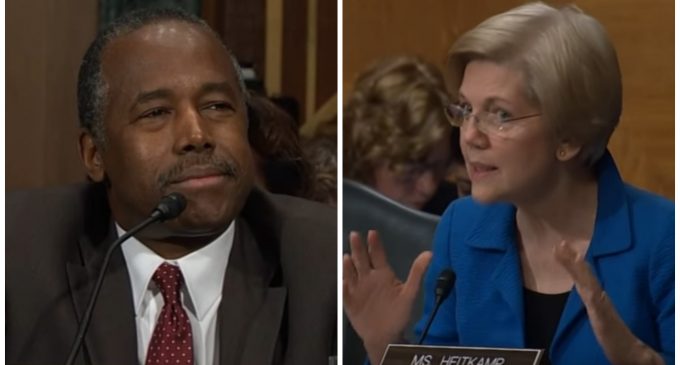 It's time for Congress to confirm Donald Trump's nominees for his cabinet, but Democrats in both houses of the legislature are doing their best to make sure that doesn't happen.

With many vowing to oppose Trump on virtually everything he proposes, it is no surprise that liberals are refusing to even countenance voting for any of the people he appoints to his administration. Like the Republican president-elect himself, they view them as inherently toxic and thus to be opposed on principle. In fact, the only principle that the left seems to have left (no pun intended) these days is thwarting Trump at every turn.

And while one can indeed argue for or against Trump's nominees on the basis of their qualifications and positions, progressives are interested in dismissing them merely on account of being tied to Trump, something that makes said individuals suspect in their eyes.

See video of Congress grilling HUD nominee Ben Carson on the next page: