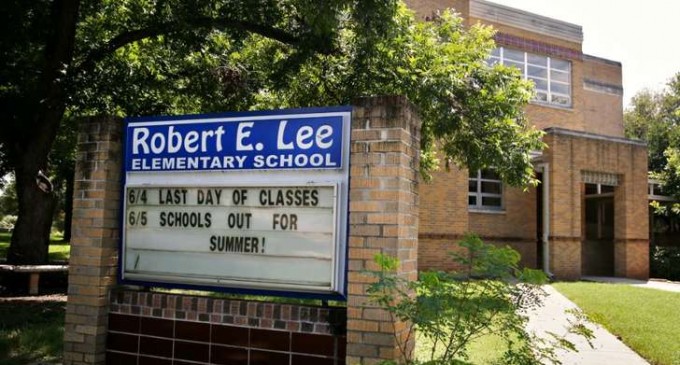 Robert E. Lee was an American hero, a man of integrity and one who hated war.  His name, however, due to fighting for the South in the Civil War is a curse on many people's lips.  They know nothing of the character of the man, not why he chose to fight for the South, but they hate him.

In San Diego, 2,500 miles away from where Robert E. Lee is buried, a school once stood in his honor, however, the name has been changed to Pacific View Leadership Elementary School, unanimously by the San Diego School Board.

Progressives would like nothing better than to demolish the monuments of the history, the names of historical and significant characters and altogether rewrite history to reflect what they would like to believe.

Breitbart’s Jarrett Stepman is speaking up against the destruction of Confederate monuments across America. While many are trying to erase them from history, he argues that they miss the point entirely.

America doesn’t need a whitewashing of history, it needs a renewed commitment to the leaders and inspiring people, heralded and unheralded, who made this country what it is today–and an understanding of those who may have caused it harm. New monuments and reinterpretations of the past will undoubtedly arise, but this should not necessitate the bulldozing of priceless and irreplaceable works of art.

This nationwide desire to remove names and symbols of the Confederacy is indeed a whitewashing of a history that should inform and improve us as a nation, yet even the San Diego School District has entered the fray and changed the name of an elementary school.