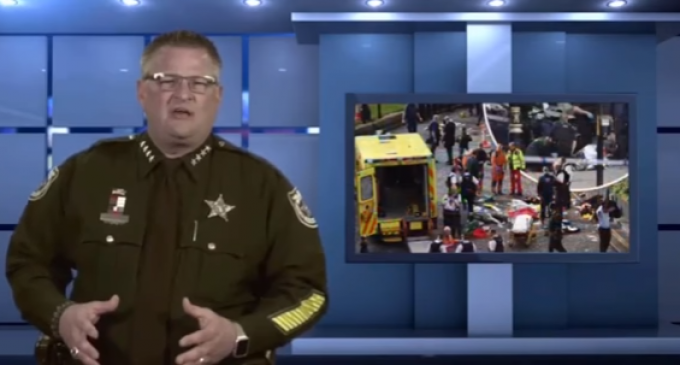 Adding social media to his arsenal of weapons against would-be criminal and terrorists, a Florida county sheriff has posted a Facebook message urging citizens to get armed in self-defense.

Brevard County Sheriff Wayne Ivey’s video stresses the importance of citizens being armed to help defend themselves, families and others while waiting for police to respond to 911 calls.

Of course, Ivey’s message this past Wednesday has generated controversy, coming on the heels of a workplace shooting in Orlando just two days before. The six-minute video contains footage of the Pulse nightclub shooting and terror attack at the Fort Lauderdale airport.

Learn the sheriff’s rationale for the call to arms and how some have responded on the next page.