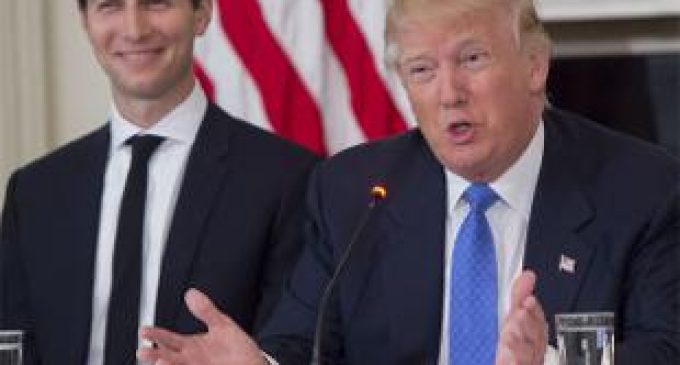 The Washington Post is up to its Leftist tricks again.  The orders received from the top (meaning Soros, Obama and Hillary) were implemented with pinpoint accuracy and expert timing when WAPO revealed that a “person of interest” was now a central focus in the investigation into Trump's and his staff's interaction with Russian counterparts.  It appears that, in their fervor to tie even a single scandal around Trump's neck, they have resorted to the same tired “person of interest” throwaway of the week.

With Obama gone to Europe to unite the Global Twins (he and Merkel) at the Brandenburg Gate where he can bash his nation, Donald Trump and half of the American people, the normally busy phone traffic between the mainstream media and the DSE (Department of Shadowy Endeavors) was abnormally quiet.  Therefore, in an effort to stay on course, the WAPO made sure to disperse four reporters in various directions that was being presented to look as if the story was a barn-burner.  After all, do we really need four reporters to call out the Trump administration for supposed malfeasance?  CNN's doing it with Anderson Cooper alone, for crying out loud.

Regardless, the four reporters broke the story that someone high up on the Trump administration totem pole was in big trouble…or at least was being moderately look into as a possible lead in the maybe Russian interference of the probable sketchy results of an election that could have been compromised if all the myriad right conditions were met and the stars were in perfect alignment.  THEN that person will be in big trouble.  As it is right now, the Washington Post reporters who have been no doubt tirelessly pursuing leads (I picture them waiting by the phone in the press room playing Candy Crush on their SmartPhones for when the “leaker” in D.C. calls them to toss them another meaty tidbit of nothing).

So, who is the “person of interest” who is suddenly the focus of the investigation?  Who is this deviant bad actor involved in all the cloak-and-dagger activities of the Trump administration who had an inordinate amount of words exchanged with “the Russians” (always gotta use the finger quotes when you say, “The Russians”…it's just more fun that way).  Who is the mystery man?