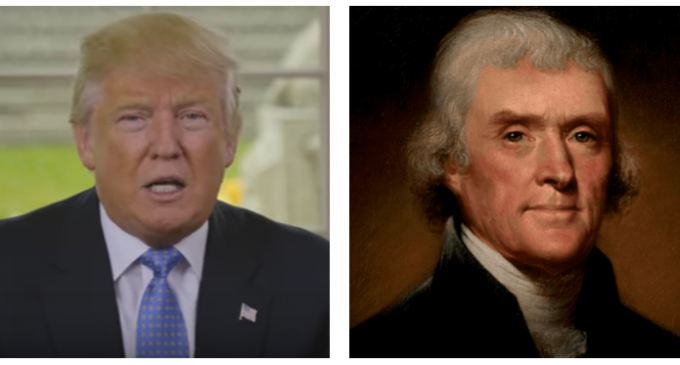 So, just in case you missed it, Bruce Bond of Pennsylvania’s 92.1 WTPA-FM Classic Rock station has quit, according to Amy B. Wang of the Washington Post.  Yes, it was revealed in this intriguing story that after 155 days, Bond felt pressured to stop mouthing off about Donald Trump, whom he admits he long despised even before he was president (not his president, but, you know, president of this country) and decided that he would preclude the management having to do the dirty deed and he ended his employment voluntarily.  Apparently, he chose to contact the Washington Post and let them know that the management had told him in an email memo, in no uncertain terms, that they did not want Bond to speak disparagingly about Donald Trump.

Bond felt it necessary to do so anyway, knowing that his bosses had warned him on several different occasions.  But, true to himself, he opted to disregard such warnings and angered listeners to the point where emails began to pour into the station threatening boycotts of advertisers and no longer listening.  Based on these customer complaints and the fact that the management felt it was inappropriate to be pushing the political commentary on their listeners, they had issued the forceful recommendation to Bond.  The DJ-turned-Hashtag-Resistance-Community-Agitator-and-Commentator admitted that he was told not to speak about either of the two main candidates, but since he loathed the Republican ever-so-much-more, he decided that he must stay true to his protester roots.

You may also not have caught the deeply comprehensive piece by Wang that revealed that Stephen Colbert flew to Russia to announce his candidacy for 2020 in order to “cut out the middleman.”  That particular journalistic endeavor will undoubtedly net her a Pulitzer.

Then there was the hard-hitting piece on Phoenix heat that reached a scorching 118 degrees in the desert where people there are accustomed to “driving with oven mitts.”  She is keen to point out that the temperature recorded for the 21st of June was the fourth hottest on record for the Arizona desert, with “no sign of relenting soon.”  Except for the fact that it dropped 5 degrees the very next day, and 7 degrees down from that “fourth hottest day” just today.  Never mind the fact, of course, that the NOAA says that the Pacific Ocean temperatures are unseasonably cooler than they have been in years and that NASA has admitted that there’s more ice in the Arctic Ocean than there has been since 1940.  But, since that does not fit the narrative, let’s talk about the “fourth highest temperature in Phoenix history, by all means.”

Wang has surprised us all once again with a very “historically accurate” depiction of Barack Obama’s claim – I mean, factual assertion – that Ramadan has been celebrated at the White House in a “long tradition” stretching (apparently) all the way back to the days of Thomas Jefferson.  Read more about this bit of historical revisionism where even the “original source” materials of that unreliable old Library of Congress are not enough to plug the gusher of Leftist babble about Muslims, Islam, and the Founding of America!