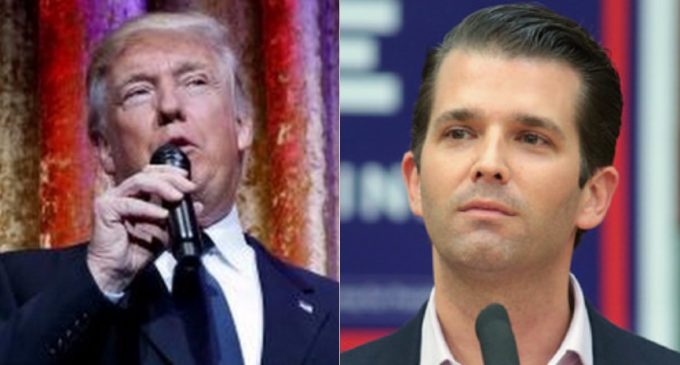 Obviously jealous that CNN has been crowned the King of Fake News, the Washington Post has entered the ring to claim the title with a totally unfounded attack on President Donald Trump.

The Post asserts that the president deliberately drafted a misleading statement for his son, Donald Jr., to use in explaining a mysterious meeting with a Russian lawyer during the 2016 campaign.

Of course, the Post would-be expose cites “multiple people with knowledge of the situation” as the sources for its story. In other words, it’s just more made-up crap from an alleged news outlet that’s served as a CIA mouthpiece for decades.

The basic premise of the story is so preposterous that it’s hard to believe the editors think anyone other that die-hard Trump haters would find it remotely credible.

Learn how President Trump’s camp is responding to the story and how other media are trying to promote it to try to add fuel to the Trump/Russia collusion story that’s totally collapsed. On the next page, find what key part of the Trump/Russian lawyer meeting continues to be ignored.