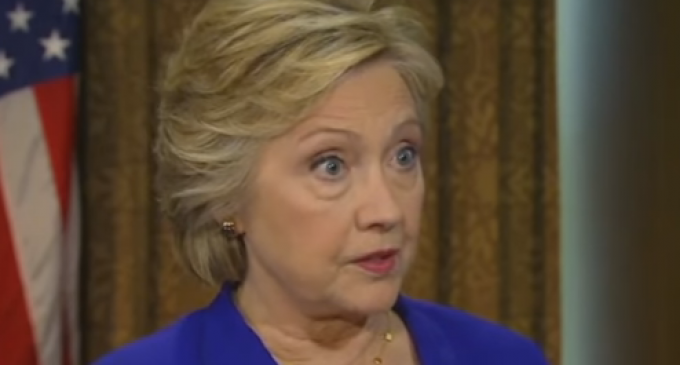 Hillary Clinton must be used to being treated like royalty by the press because she appeared to be caught off-guard when a reporter finally grilled her over one of her worst misdeeds.

While one could come up with any number of individual indiscretions committed by Hillary, few are as infamous as her sending thousands of emails, many of which contained classified information, over her private server. Despite the clear risk posed to our national security by such behavior, the mainstream media has written off concern about the matter as a distraction and even a “conspiracy theory” to keep Clinton from winning the election.

But in the eyes of Fox News host Chris Wallace, the missing 30,000 emails are most certainly not a distraction. Indeed, the veteran reporter went out of his way to confront Hillary on the fact that she repeatedly lied about her handling of them.

Watch Wallace confront Hillary about the emails on the next page: