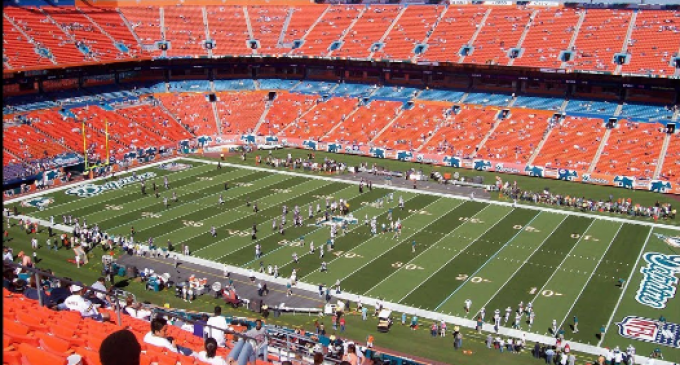 Here's a little advice for the National Football League (NFL):  The next time you think that playing a game that mimics war is a call to political action, just remember that it is, after all is said and done, just a game.

Your run-of-the-mill football fan may not care about your protests and your insults to the United States of America as a whole being racist, unfair, and completely illegitimate because for the span of about 100 years of its history, it adopted the practice of Europe and, by extension, of the Muslims in Africa and the Middle East.

Now that I've got the attention of the Barack Hussein Obama army of fans who are bristling at my insinuation that Muslims began this awful practice of slavery, just remember that, according to archaeologists and scientists and historians the world over, the cradle of civilization (meaning where all races of people originated) was the Mesopotamia.  If that is true, then we must also accept that slavery was invented in that region of the world.

So, unless the Left wants to debate the history attested to by 100% of scientists, historians, and archaeologists (as I'm sure they don't) then that argument is moot.

We move to the question of the fans who DO care about the protests and the insults to the United States.  These are the fans who pay for the season tickets, who own businesses and employ lots of people, the ones who pay the exorbitant parking fees and concession stands prices.  They matter to the NFL because they are paying the bills, aren't they?  And they are the very people who are now leaving the stadiums in droves.  They are the people who are tuning out.

Read on the next page how the Fox Sports Network has deemed this poisonous “taking the knee” protesting as so debilitating to its broadcasts (because they are showing massive amounts of spectator stands devoid of fans) that they're actually paying people to plant their butts in the seats!