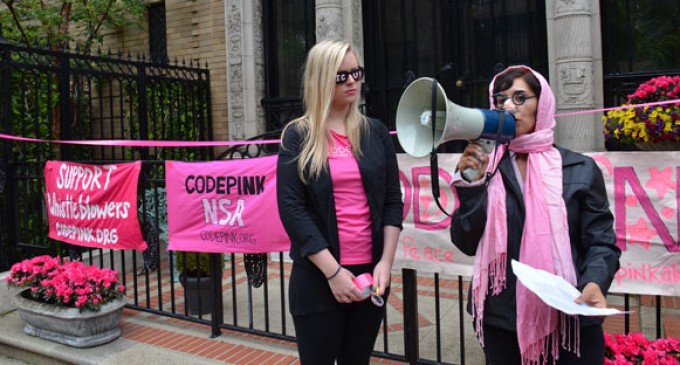 Protesters at the House of  Representatives disrupted proceedings, calling for NSA to be limited, reformed:

“We want our Fourth Amendment back,” said one protester.

The hearing was set to discuss changes to NSA intelligence operations.

One of the issues that prompted the hearing involved the NSA spying on German Chancellor Angela Merkel. Senator Dianne Feinstein (D-Calif.) demanded a “total review” of the issue, despite her support of wanton disregard of American freedoms guaranteed by the 1st and 2nd Amendments.