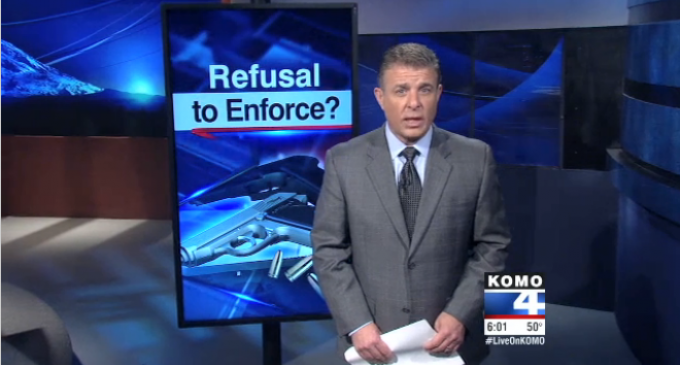 Although Michael Bloomberg and his communist billionaire cronies had the cash to basically buy Washington State its new gun control law, I-594, in his self-reverence he might have been surprised to see that their expensive purchase didn't automatically come with patriot compliance.

Last weekend around 1,000 people gathered at the state capital, openly carrying guns in complete defiance of the new law in a rally titled “I will not comply.”

Now, sheriff-elect Rob Snaza and prosecutor Jonathan Meyer of Lewis County have publically stated in a letter that they will not enforce the Marxist gun law, turning average citizens into criminals.

Getting these anti-Constitutional laws passed is one thing, getting compliance is completely another.