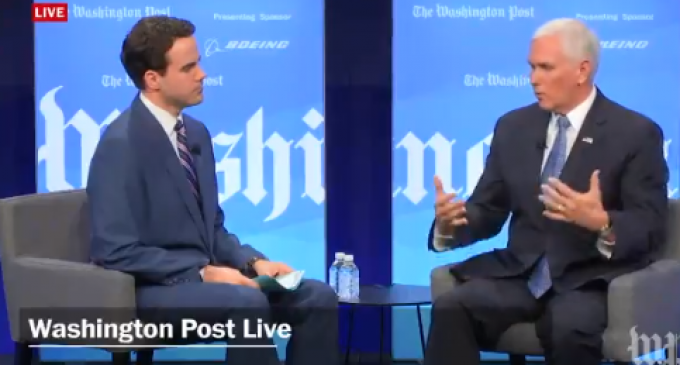 Vice President Mike Pence told Washington Post national political reporter Robert Costa on Tuesday the president of Honduras told him that the migrant caravan advancing on the U.S. southern border is being “financed by Venezuela.”

Pence made the statement in defense of President Trump’s assertion that Middle Easterners make up a part of the 7,000-strong caravan was “without evidence.”

“It’s inconceivable that there are not people of Middle Eastern descent in a crowd of more than 7,000 people advancing toward our border,” Pence said. “In the last fiscal year, we apprehended more than 10 terrorists or suspected terrorists per day at our southern border from countries that are referred to in the lexicon as ‘other than Mexico’ — that means from the Middle East region.”

The Vice President then said that ¨President Hernández claimed that “leftist groups” from the Central American country organized the caravan that was “financed by Venezuela” in order to “challenge our sovereignty, challenge our border.”

Turn the page for the full story: