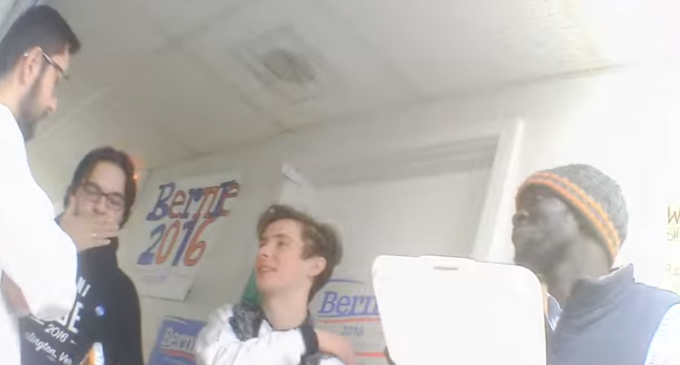 Voter fraud has been caught on video in New Hampshire.  Out of state voters and non-residents asked election helpers what they need to do in order to vote in the Primary.  The dishonesty suggested is astounding!

“Not long.  I don't know, there's not really a set time.” said the election volunteer.  She then responded that there was no requirement for length of stay, in order to vote.

“Ummmm, you are just going to need to fill out an ID, just another form.”

Another election volunteer said, “They will allow you to sign an affidavit saying that you live in the state of New Hampshire,” responding to a man's question about living in another state.

He asked, “I'm in another state okay or…I don't but I'm not living here, as of right now. I am just looking to vote here.”

Move to the next page to hear the fraudulent suggestion which then takes place.