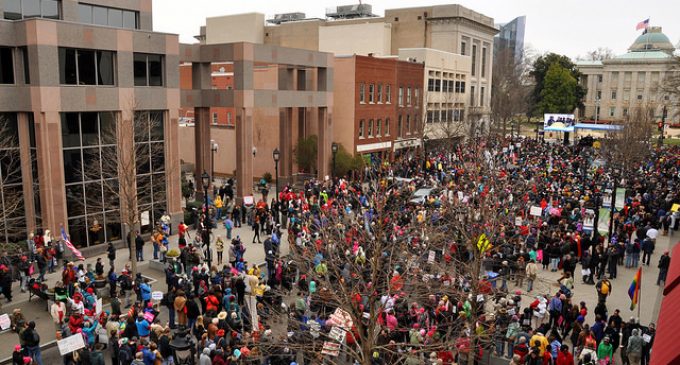 In Raleigh North Carolina on Saturday the National Association for the Advancement of Colored People (NAACP) organized a march to protest voter-ID laws.

Protesters believe laws that require people to present photo ID at the voting booth have a chilling effect on some segments of voters, disenfranchising minority and poor voters. But the organizers required marchers to bring the photo-IDs they resist presenting at the polls. Does this mean the march itself is intended to restrict minorities and the poor?

The march, dubbed the “Moral March” by its leader Rev. William Barber II, who called for a “wave of civil disobedience” while railing against education cuts and the voter ID law, is the latest of a series of protests held against the state’s GOP-controlled legislature. Over 900 “peaceful” and “non-violent” protesters have been arrested since the beginning of the state’s legislative session last January. Police have taken a handful of them into custody each week after they obstructed legislators within the capitol building.

Barber also drew criticism in January for labeling South Carolina Sen. Tim Scott, the first African American to serve the state as a senator since 1881, a “ventriloquist’s dummy.”

“A ventriloquist can always find a good dummy,” Barber said, according to South Carolina’s The State. “[T]he extreme right wing down [in South Carolina] finds a black guy to be senator, and claims he’s the first black senator since Reconstruction and then he goes to Washington, D.C., and articulates the agenda of the Tea Party.

Chairman of the House Elections Committee and North Carolina Republican state Rep. David Lewis criticized  the protesters for their “hypocrisy.”

The vast majority of North Carolinans support the state's voter-ID law, according to a 2011 poll conducted by Elon University. 80 percent said they believed the law is fair to all voters.

#MoralMarch will protest NC's new "racist" #VoterID, but you're req'd to bring photo ID to the march. #ncpol pic.twitter.com/w14mzejdSn

The ID requirement listed in the Moral March organization flyer apparently did not affect protester turnout. 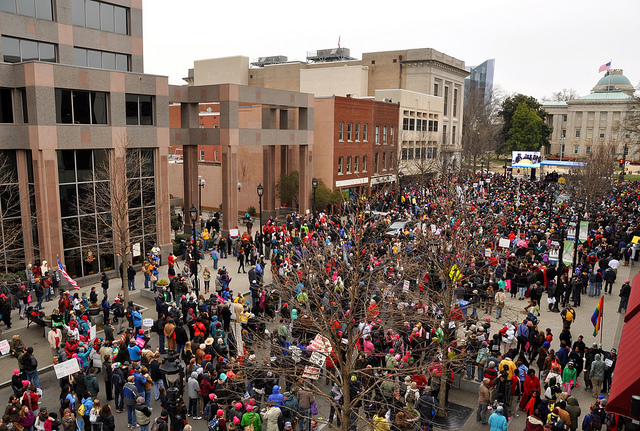