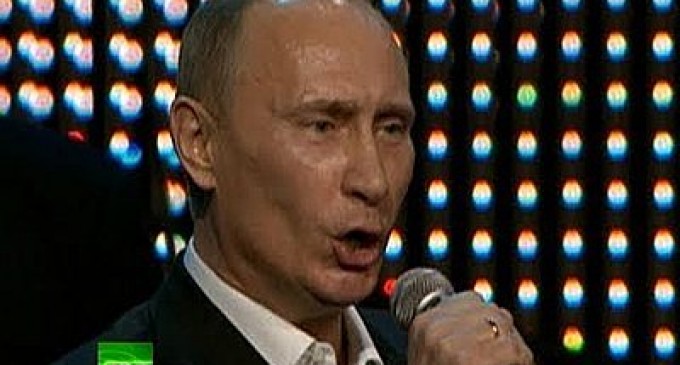 Seems like Putin is doing all the right things lately to win over world favor.

The weekend, he showed his artistic side, getting up on stage to plink away on a piano and sing Fats Domino's “Blueberry Hill” in accented English. The scene was a children's charity dinner in Putin's native St. Petersburg.

The audience was dotted with the likes of Sharon Stone, Kevin Costner and Goldie Hawn. The crowd cheered him on, swaying and clapping as Putin sang. Stone flashed a peace sign.

Egged on by the evening's emcee, Putin took the stage, saying, “Like an overwhelming majority of people, I can neither sing nor play but I very much like doing it,” according to Reuters. Putin initially took a seat at the piano, carefully playing the opening notes to “Blueberry Hill” before heading over to the microphone.