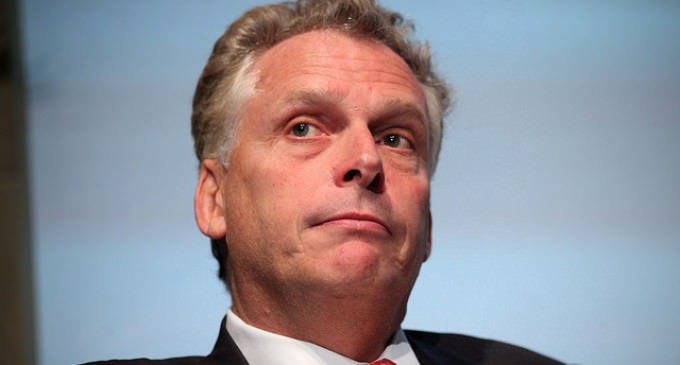 If things go according to plan in Virginia, we’re going to see how much anti-gun politicians really hate guns once they’re no longer protected by them.

Jumping on the anti-Second Amendment bandwagon, Democratic Attorney General Mark Herring has moved forward with a plan for Virginia to cease recognizing concealed carry permits granted by the 25 different states that issue such permits. But conservatives in the state legislature have a trick up their sleeves.

According to Virginia Senator Bill Carrico, Republicans in the State Senate will be able to strip Governor Terry McAuliffe of the armed security team that protects him via a planned budget amendment that he will introduce in January.

“If he’s so afraid of guns, then I’m not going to surround him with armed state policemen,” Carrico stated. One can only hope this  makes McAuliffe reconsider his Attorney General’s decision.