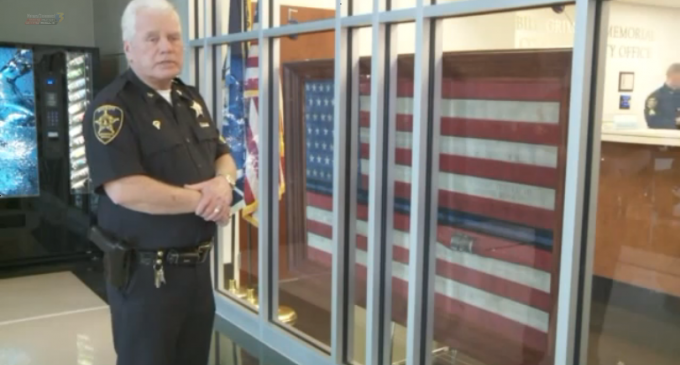 Portsmouth Sheriff Bill Watson is infuriated after a group of judges told him to remove an American flag from their courthouse, which was given to his office by the Portsmouth fire department.

“I just can’t believe that they don’t want to display the American flag in a courthouse, I mean that’s the most asinine thing I’ve ever heard in my life,” said the Sheriff.

The flag is made out of old firehoses and had a caption underneath which read “A Tribute to Public Safety.”