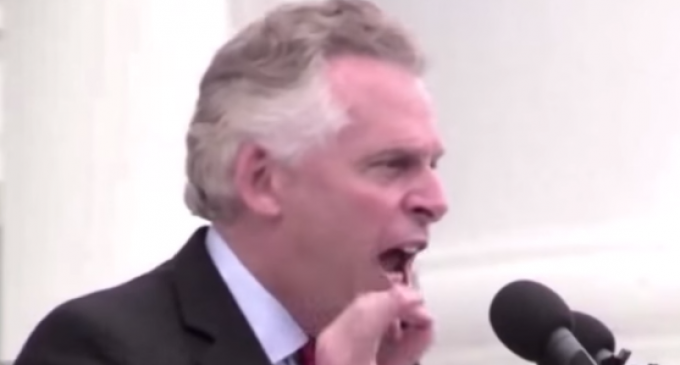 Democrats must be afraid of a Republican landslide this November, because they're combining their hysteria over an alleged “war on voting rights” with their traditional soft spot for criminals.

Making his move just when it seems like it can benefit his dear friend and Democratic frontrunner Hillary Clinton the most, Virginia Governor Terry McAuliffe issued an order permitting over 200,000 convicted felons vote in the general elections later this year.

Although McAuliffe insists that his decision has nothing to do with turning the electoral tides in the favor of Hillary, observers notice that many of the prisoners who will be released belong to ethnic minority groups, who largely tend to vote for Democrats.

This all-too-convenient fact has not been lost on conservatives, provoking Virginia Republicans to decry the governor's action, with Senate Leader Thomas Norment condemning McAuliffe's “flagrant disregard for the Constitution” and others announcing that they plan to file a lawsuit over the matter.

Read more about the governor's order on the next page: