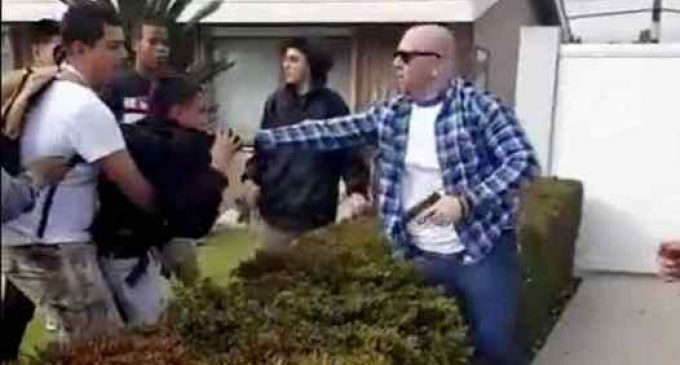 If you needed any more proof that the left is just looking for things to whine and complain about, look at the unhinged reaction they had to what was already a very stupid incident.

For a couple weeks now, a neighborhood in Anaheim has had some issues with teenagers walking home from school and loitering in the area, a development that is not uncommon but no less annoying in the area. This week, however, tensions reached a bursting point after a homeowner, who happened to be an off-duty cop for the LAPD, told a girl walking home with a group of her friends to get off her grass.

Things escalated, though, when of the boys in the group confronted the officer about the reportedly rude tone he used when addressing the girl and before long the kids were tackling the officer and he pulled a gun then fired it. Thankfully, no one was killed or seriously injured, but I guarantee you can imagine what happened next.