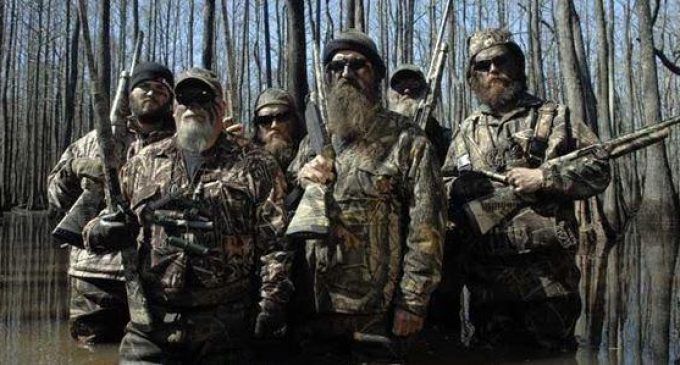 Gun manufacturer Mossberg launched its new line of firearms, under the “Duck Commander” brand and the popularity of the news was enough to crash the product website on Thursday.

It's nothing new for entertainment stars to promote branded products, such as garments  and accessories, fragrances and other goods, but reality stars putting their names behind behind a line of firearms  is new. Mossberg's new line will include nine different shotguns, two semiautomatic rifles and a pistol.

Each purchase will come with an American flag bandana – just like the one worn by Willie Robertson.

There's no word yet which specific retailers will carry the firearms, which fit in with the Robertson's main business – duck calls for hunters.

Phil Robertson was temporarily suspended by A&E recently… after he made what some people believe to are homophobic and racially insensitive comments in an interview with GQ Magazine.

A&E lifted his suspension after a few days and ran many re-run episodes that included him during the so-called suspension.

Guns are just the latest product for the Robertsons to stamp their name on.

There are also action figures, door mats, wine, and books based on the family's “Duck Dynasty.”