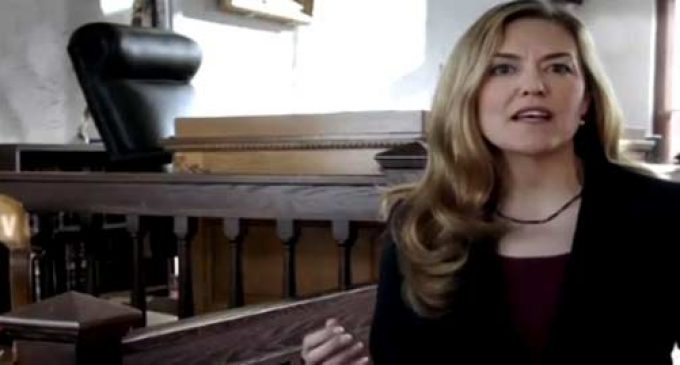 Fearmongering Democrat and Virginia state Senatorial candidate Jennifer Wexton has released an outrageous campaign video (watch below) suggesting a comparison between violent rapists and “Tea Party Republicans”. Does she have so little to stand on that she needs to stoop to such despicable campaign tactics to have a chance at winning?


A woman assaulted at night by the reservoir. Another by an intruder who forced his way in through her bedroom window. And for so many, traumatized again by facing the criminal in court.

I’m Jennifer Wexton and as a prosecutor I put violent offenders in prison. In the Virginia Senate, I’ll fight just as hard against Tea Party Republicans who would take away a woman’s health care and her right to choose, even in cases of rape and incest. On election day, help me stand up for her.