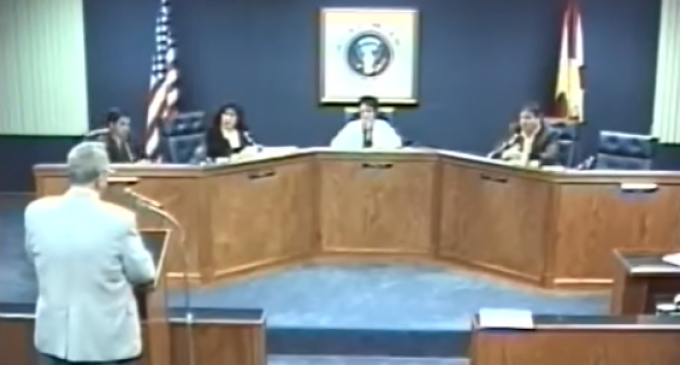 Just when things couldn't get any worse for Marco Rubio, old words of his have come back to haunt him in the form of a recently-resurfaced video.

The past few weeks have seen the Florida senator not only deride ICE officer Chris Crane as a mere union head but also slander Breitbart News as a “conspiracy theorist” site, actions that incurred the wrath of numerous conservatives.

Fellow GOP contender Ted Cruz jumped in the fray, calling attention to the fact that Rubio once voted to ban guns in city parks way back when he was a commissioner in West Miami City. Similar to his attacks on Crane and Breitbart, Rubio feigned indignation and boasted that he has always been a staunch defender of the Second Amendment.

Funny, that's not what he says at all in video of the meeting where the vote took place. If he had any reservations about this clearly anti-gun measure, Rubio did not voice them, for the measure passed unanimously and with minimal debate.