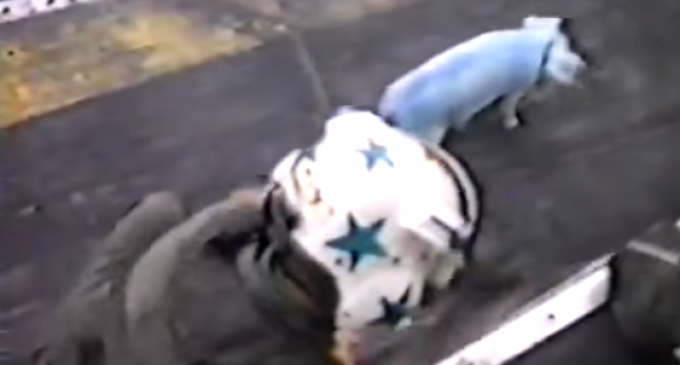 A lot has changed since the '80s. The Soviet Union nuclear reactor in Chernobyl is no longer in danger of exploding (mostly because it already did). Mike Tyson is no longer swinging his fists . . . at least not on live television. Video game consoles no longer sell for $90 dollars a piece. MTV is no longer relevant. People no longer dress like they're perpetually on their way to an aerobics class.

And the President of the United States doesn't actually care about America.

Yes, none of those are actually positive changes, except for the clothing. The point being, though, that the country has progressed (?) a great deal since those days, including the armed services.

For example, in the video on the next page, you can watch a prank being played by Navy personal involving three greased up pigs. The year is 1986 and the cinematographer is getting a bird's eye view from a helicopter.