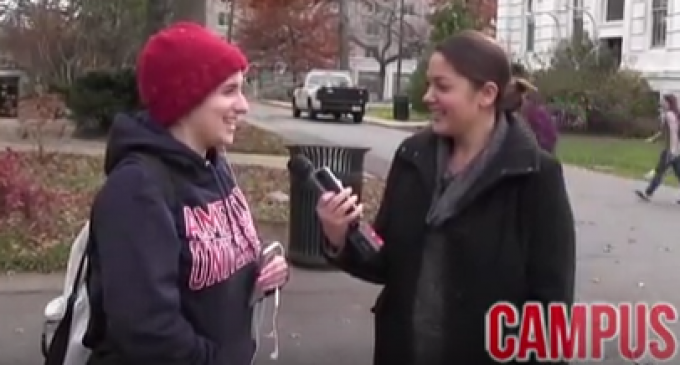 If America’s college students want to be taken seriously, they should consider shutting up once in a while. More often than not, the more they open their mouths, the less credible they seem.

The millennial generation first put their ignorance on display during this year’s Democratic primary. There, they overwhelmingly supported a geriatric self-described socialist who had no chance in the general election. Their support of Sanders was due in large part by his promise of “free” entitlements provided by the government. He was selling a communist vision of America, and college students wanted in.

Of course, Sanders didn’t manage to secure the Democrat nomination. He came close, but the Clinton machine successfully shut him down before he really had a chance.

That left a void in the hearts of students across the country. Now, these wannabe Marxists have apparently found a new idol in the recently deceased Fidel Castro.

Watch as multiple college students choose Castro over Trump in the video on the next page: