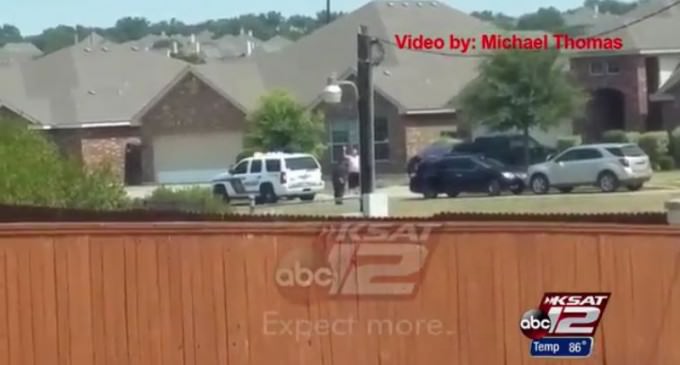 A man in northwest Bexar County near San Antonio, Texas was killed after deputies gunned him down seconds after he raised his hands in surrender.

Police were called on a report that he had assaulted a woman and an infant inside their residence. The officials say that when deputies arrived they observed that the woman was bleeding from her head and “holding a baby who appeared to possibly have been injured,” local news reports.