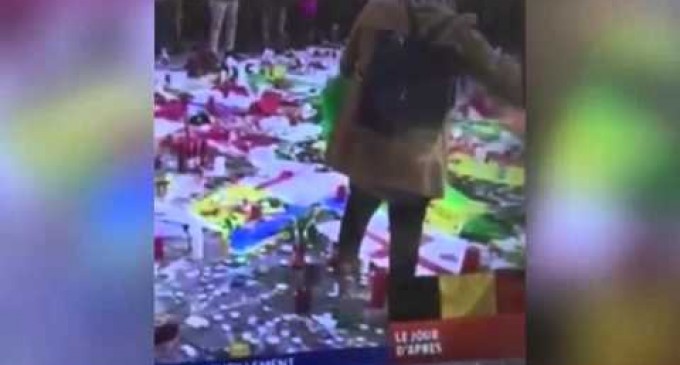 President Barack Obama has for months responded to every single Islamic terrorist attack — of which there have been far too many — not with a condemnation of Muslim extremism, but an adamant claim that Islam is a religion of peace and unity.

Barack Obama almost got help with that narrative through the actions of a Muslim woman on TV this week. Almost.

As cameras filmed, a Muslim woman approached a Brussels terror memorial. Those watching probably expected the woman to pay her respects to those who had died at the hands of extremists within her own religion.

Instead, what the viewers got was far more disgusting, and only furthered the notion felt around the world that Islam has an institutional problem with outside religion, and the West as a whole.

To see the disgraceful thing she decided to do to the Brussels memorial, continue reading on the next page: