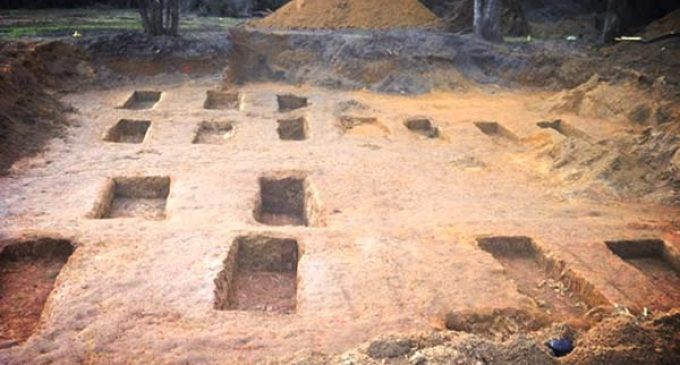 An excavation on the grounds of a Florida State reform school just west of Tallahassee, known as the Dozier School for Boys uncovered the remains of 55 people in a disturbing graveyard. All of the bodies appear to be children and the discovery throws a gruesome light on allegations that the school was the site of abuse and brutality.

State records indicate that 96 boys died while “attending” the school in which they were incarcerated.

Erin Kimmerle, a USF associate professor and project leader, said that, “This project has always been about fulfilling a fundamental human right for families who, like all of us, have a right to know what happened to their loved ones and are entitled to bury their relatives in a manner in which they deem proper.”